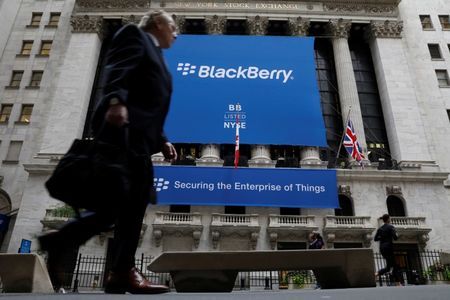 BlackBerry has surged massively last week, however pulled back to below $15. In this analysis, we breakdown the fundamentals that caused BlackBerry’s surge to $28 and the untold reason why it closed the week at $14.10. We reveal the strong upside potential in BB for both long and short term, on this week’s free analysis.

BlackBerry’s Transformation from Hardware to Software

BlackBerry’s programming base QNX is already in use by the automakers VW (Audi, Porsche and Volkswagen), Hyundai/KIA, BMW, Mercedes, Toyota and Jaguar. Sony’s electric vehicles will also be embedded with BlackBerry software.

BlackBerry has been selected by 19 of the top 25 electric vehicle manufacturers, and they represent 61% of the Electric Vehicle market.

BlackBerry is expanding their partnership with Amazon Web Services(AWS) on IVY, which revolutionizes the next gen smart vehicles, smart grid experience and creating new apps & services.

No Blackberry users were affected by SolarWinds hack, which was the driving factor of the last week’s surge on BB stock price. Their cybersecurity solutions are trusted and utilized by many governments around the world including US and Canada. BlackBerry’s encryption and cyber attack detection technologies are making it a strong player in the market.

BlackBerry has also reached settlement in global patent fight with Facebook recently. The company holds more than 38,000 patents which represents a great underlying value. Selling patents to other companies bring a lot of revenue to the company as well.

What exactly happened last week and what’s next for BB?

BB stock has seen above $28 last week, however the buy limitations implemented by the brokerages have sent the stock to $14 levels. The market makers have pushed the stock price below $15 to prevent retail investors’ call options to stay in-the-money.

The company is expected to see $60-80 until the end of the year. This might be the best time for investors looking for a great buy and hold opportunity. With a market cap of $14bln which is regarded as undervalued when compared to the other players, BB obviously has a long way to go up.